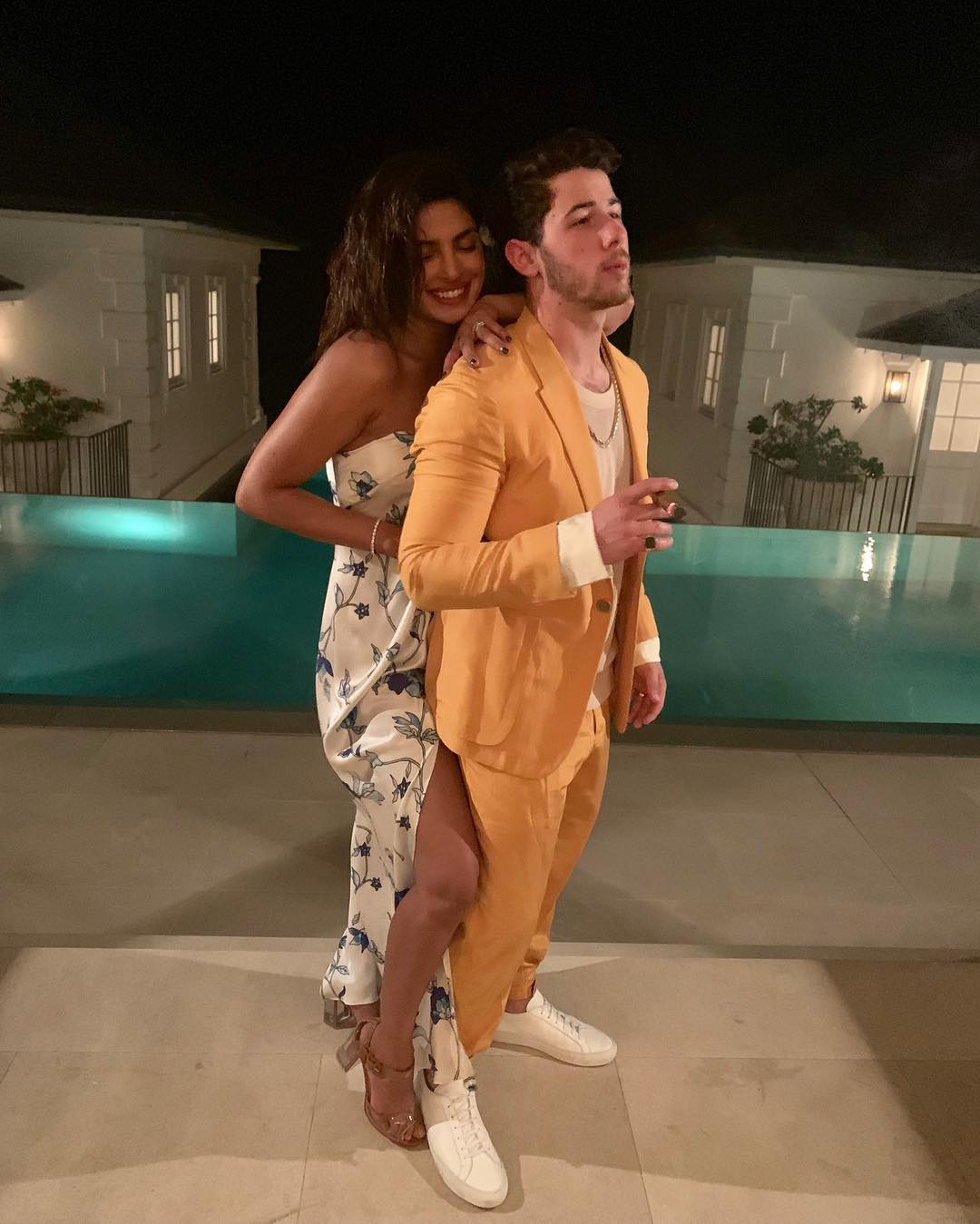 The newlyweds recently jetted off to the Caribbean for their honeymoon, over a month after getting married in not one, but two wedding ceremonies in December. Unfortunately, their romantic vacation had to be postponed so they could host parties. In the past month the couple has been jetting across the globe for various wedding and holiday celebrations, but now that festivities are starting to wind down, Nick and Priyanka are ready to slow down and get some quality R&R.

A source tells E! News that Nick took the reins by planning “the whole honeymoon and surprised Priyanka with the celebration.”

“She had no idea it was going to be the Caribbean and Nick is planning everything for the trip, it’s all a complete surprise to Priyanka,” the insider explains. “She knew it was a honeymoon trip but didn’t find out where they were going until they landed.”

On Thursday, the “Close” singer gave his followers a peek at what he and his wife have been up to while vacationing on their island getaway. On his Instagram Story, Jonas shared a video of Priyanka swinging on a rope swing on the sandy white beach.
Later in the day, Priyanka and Nick posed for a loved-up photo on the balcony of their beach getaway spot, which Nick affectionately captioned, “Mr. & Mrs. Jonas.”

Their beachfront vacay is the total opposite of their recent winter holiday in the snowy mountains of Switzerland. Over the Christmas season, Nick and Priyanka were joined by the entire Jonas clan to ring in the New Year with skiing and doing shots on the Alps.

Looks like married life is off to a good start.

We are The Ever Daily! Here are just a few words that describe us… sincere, friendly, ambitious, review writers, info providers, social media maniacs and all around team players.
Previous 17 Shockingly Pretty Examples of Lilac Hair in 2019
Next Breakthrough Study Finds Another Compound in Cannabis with Powerful Anti-Inflammatory Properties