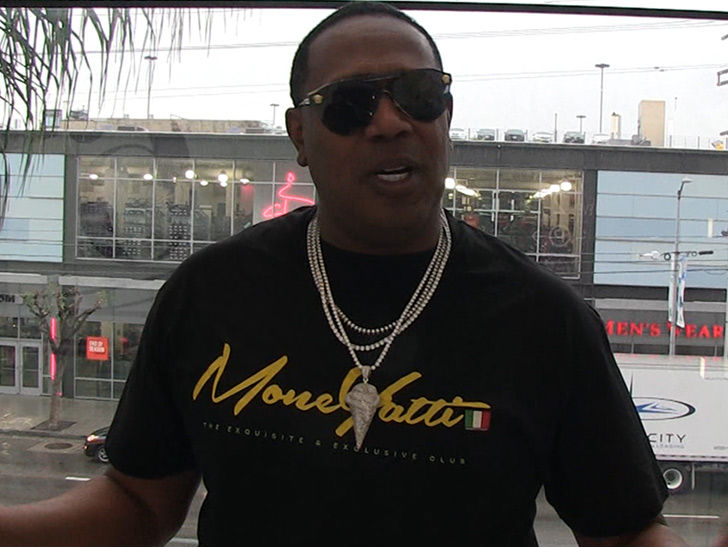 Master P is challenging YG to an NFL version of big bank take lil bank … telling TMZ Sports he’s so confident his New Orleans Saints will beat YG’s Rams this weekend, he wants to put $40K on it.

We got P out in L.A. on Monday … and he was still on a high from the Saints beating the Eagles and punching their ticket back to the NFC title game for the first time in nearly a decade.

Of course, YG is a massive L.A. Rams fan — and when P heard the rapper won $20k in an NFL playoff bet with Dallas Cowboys superfan Post Malone, the No Limit boss had to up the ante.

“YG, I know you beat Post Malone. But, that’s not happening in the dome.”

Master P says he’s cool with YG — and it’s all in good fun — and with the money both of these guys have made, it’s not a life-changing wager. It’s more about bragging rights.

“The Saints are my team so we’re going to the Super Bowl this year.”

There’s more … P says when the Saints win the title, he’s gonna put some of the players in “I Got the Hook Up 3” as a reward!

His son, Romeo Miller, also has special plans to hook up Drew Brees with a special pair of his new MoneYatti kicks.

Remember, the Saints won the Super Bowl back in 2010 — defeating Peyton Manning‘s Indianapolis Colts in one of the most exciting games in SB history.

If the Saints make it back — you can bet P will be at the game.

We are The Ever Daily! Here are just a few words that describe us… sincere, friendly, ambitious, review writers, info providers, social media maniacs and all around team players.
Previous Anna Faris Congratulates Chris Pratt on His Engagement
Next This 22-Year-Old Entrepreneur’s Business (and Confidence) Got a Major Boost From an Amazing First Customer