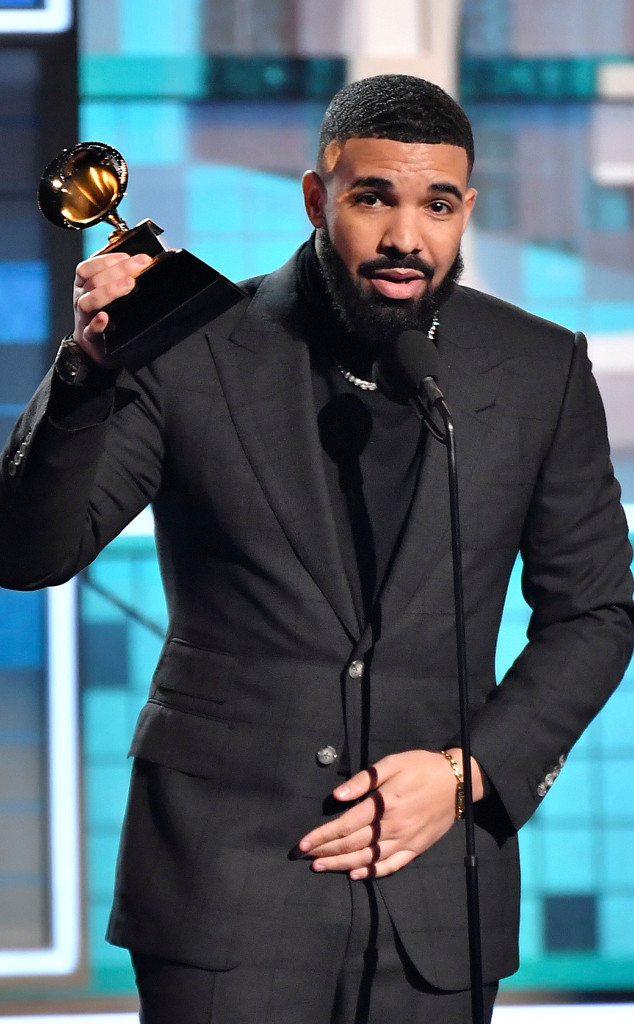 Drake‘s acceptance speech at the 2019 Grammys appeared to be cut short on Sunday night.

After winning Best Rap Song for “God’s Plan,” the 32-year-old superstar took the stage to accept his award. “It’s the like the first time in Grammys history where I actually am who I thought I was for a second,” he told the cheering crowd. “So, I like that, that’s really nice.”

“I want to take this opportunity while I’m up here to just talk to all the kids that are watching this that are aspiring to do music, all my peers that make music from their heart, that do things pure and tell the truth, I want to let you know we play in an opinion-based sport, not a factual-based sport,” Drake went on to say. “This is not the NBA where at the end of the year you’re holding a trophy because you made the right decisions or won the games.”

He continued, “This is a business where sometimes it’s up to a bunch of people that might not understand what a mixed race kid from Canada has to say or, or a fly Spanish girl from New York or anybody else, or a brother from Houston right there, my brother Travis. But look, the point is, you’ve already won if you have people who are singing your songs word for word, if you are a hero in your hometown.”

“Look, look if there’s people who have regular jobs who are coming out in the rain, in the snow, spending their hard-earned money to buy tickets to come to your shows you don’t need this right here, I promise you, you’ve already won,” Drake said, taking a pause as the crowd cheered.

As the cameras pulled back, assuming Drake was done with his speech, the rapper could be heard saying “but” into the mic. So what happened?

A source close to the situation tells E! News that Drake took a natural pause and the producers thought it was the end of the speech, which it then went to commercial. According to the insider, producers spoke with Drake immediately following his acceptance speech and offered him the opportunity to complete his speech, but Drake stated that he was actually finished with his speech and happy.

We are The Ever Daily! Here are just a few words that describe us… sincere, friendly, ambitious, review writers, info providers, social media maniacs and all around team players.
Previous How to Test Your Drinking Water (And Why You Should Do It)
Next A New Study Discovers Two-Thirds Of All Bankruptcies In The United States Are Primarily Caused By Medical Bills