Breaking News
Home / Finance / Budgeting & Personal Finance / What Questions Should You Ask During a Job Interview? Experts Weigh In

What Questions Should You Ask During a Job Interview? Experts Weigh In 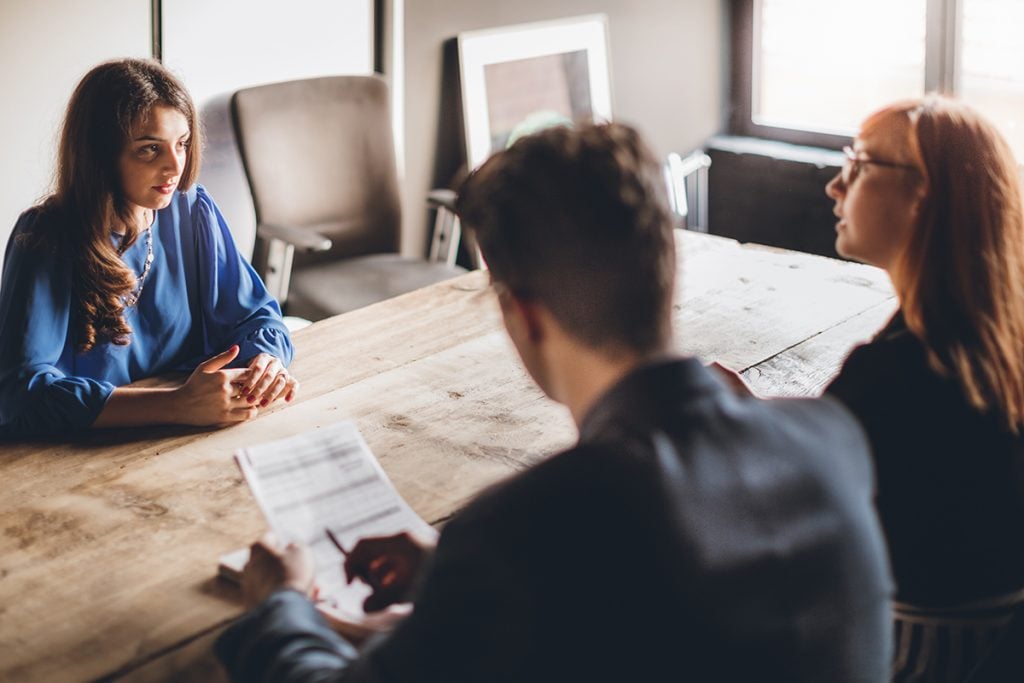 So it’s the night before your big job interview. You’ve done your due diligence researching the company, the position and the people conducting the interview.

But how will you respond when the hiring manager asks, “Do you have any questions for me?”

This portion of the job interview is a fantastic way to make a lasting final impression and to set you apart from the other candidates — or it can blow your chances of receiving an offer.

We asked some hiring managers for the best and worst job interview questions to ask during the interview process. Here’s what they told us.

The Best Job Interview Questions to Ask a Hiring Manager

The cream of the crop: Our hiring managers say these are the insightful questions that stood out. They recommend any candidate use them during their next interview.

“What are the company’s most important goals for the next year?”

One thing hiring managers look for when interviewing a candidate is whether that person will be a good fit within the team. They want to determine if the candidate is thoroughly committed to helping the company accomplish its goals, says Jason Patel, founder of Transizion, a college assistance and mentorship company.

“What this question shows is that even though the person has not been hired, they will be invested in helping your company accomplish what it wants to get done,” he says.

“Do you mind showing me around the office before we conclude the interview?”

Asking for an office tour is a great way to prolong the interview, says Peter Yang, founder of the resume-writing service ResumeGo. “It guarantees that extra face time” with the hiring manager outside the confines of the interview room, he says. Plus, it’s an opportunity to make an impression on the staff and potential coworkers.

“What have been your company’s biggest successes and failures this year, and what have you learned from them?”

There’s a significant caveat to this question, Patel warns. A company might not want to disclose its failures, especially if it’s in a highly competitive industry. So the interviewer might be more open to talking about the business’s successes.

“When you add that qualifier ‘What did you learn from them,’ it shows that the person wants to learn from past mistakes and help the company as it evolves,” Patel says.

“For people who have previously held this position, what are the top three skills that make someone successful?”

Christopher K. Lee, founder and career consultant for PurposeRedeemed, advises candidates to ask this question if they know the job is an established position. He says interviewees can learn what skills or behaviors are the “non-negotiables” their future bosses expect them to have.

“What are your customers’ biggest pain points, and how will I be involved in solving them?”

Companies strive to solve problems for customers, Patel says. If the candidate is already interested in doing that, they’ll most likely be invested when times get tough.

“You want all of your employees to provide legitimate value for the customers,” he says.

“What’s the No. 1 concern you have of me as a candidate at this time?”

Ask this question at the end of the interview, recommends Michael Sunderland, the managing director of Full Stack Talent. “It lets the hiring manager open up about any perceived weaknesses they see in that person as a candidate, and it lets the candidate address those concerns right then and there,” he says. It’s always easier to erase any doubts when the people deciding your fate are still in the room.

The Worst Job Interview Questions to Ask a Hiring Manager

Asking a bone-headed question at the end of the interview is a quick way to crush your chances of getting the gig. So whatever you do, don’t ask these questions.

“How many vacation days do I get?”

Asking about benefits and job perks too early in the hiring process reflects poorly on a candidate, Patel says.

“The thing with that question is that it inadvertently — or intentionally — shows that you aren’t so much focused on helping the company; you’re only interested in the perks,” he says. Patel recommends not asking questions about benefits until the employment offer is in your hands. That’s when it’s time to negotiate.

“What does this company do?”

“I think some of the worst stuff I’ve ever been asked is things they should already know,” Sunderland says. As a director of a tech staffing and recruiting company, most of his clients are not fond of candidates asking about basic information that can be found on the company’s website.

But for one particular client, it’s a major pet peeve. Sunderland recalls one interviewee asking, “What does this company do?” The client was “flabbergasted” and made sure the job seeker was not going to get the gig

“What clinical skills do I need for patient interactions?”

This is a thoroughly valid question — for a health care job. But Lee encountered this question while interviewing a candidate for a B2B tech startup that sold software to pharmacies.

He says that a lot of college grads do the “spray and pray” method of applying to as many jobs as possible and come in not knowing which one they’re discussing. “I wouldn’t say that was the only instance I’ve had where someone doesn’t know what the organization does,” he says.“It was just a little more blatant.”

Startups and businesses founded within the last 10 years proudly display their mission statement and company story on their websites, Patel says. You are setting yourself up for failure if you’re going into an interview without reading the company’s mission statement, their story or the job description.

“If you’re not doing your research beforehand, what makes [the company] think you’ll do your research once you have the job?” he says.

“Do you have drug testing?”

Bill Fish was interviewing a candidate for a sales management position at an online marketing company about eight years ago. The candidate seemed to check all the boxes: He had a great resume and looked like a solid fit overall. When it came time for the candidate to ask Fish any questions, he only had one on his notepad.

When Fish replied “no,” the candidate exhaled in relief. But his job prospects had gone up in smoke.

“When my kids are old enough to do job interviews, I’ll be sure to pass along that story so they don’t do something that stupid,” Fish says.

Matt Reinstetle is a former staff writer at The Penny Hoarder.

We are The Ever Daily! Here are just a few words that describe us… sincere, friendly, ambitious, review writers, info providers, social media maniacs and all around team players.
Previous 4 Ways to Entertain Guests Without Spending a Lot of Money
Next Try This DIY Foot Reflexology Before Bed For The Best Sleep Ever

We Took Our School Shopping List to 5 Stores. This Store Was Cheapest by 43%

Let’s cut to it: Back-to-school shopping can be quite the challenge. First, it’s expensive. Parents …