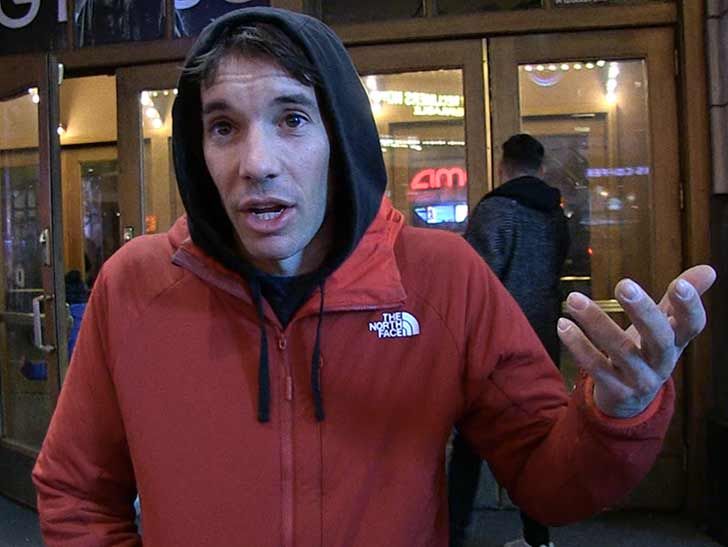 Alex Honnold is f-ing incredible … the guy who completed the first free solo climb of El Capitan is humble and almost nonchalant about his superhuman feat.

We got Alex at AMC Empire 25 Saturday night in NYC and asked about his historic climb in June 2017 … now the subject of “Free Solo,” a National Geographic documentary.

He says the 3,000-foot climb, on the mountain called the epicenter of the rock-climbing world, was not particularly scary … meaning he really didn’t think about death.

He made the 3-hour, 56-minute climb without any rope or other preventative measure that would break a certain death fall.

People have called the accomplishment the moon landing of free soloing.

Alex, who says he’s going back to what he knows — climbing — seemed overwhelmed by the sights and sounds of the Big Apple.